Google is ramping up its attack on Microsoft's dominance of the computer software market by launching a challenger to Microsoft's W... 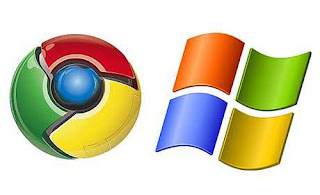 Google is ramping up its attack on Microsoft's dominance of the computer software market by launching a challenger to Microsoft's Windows operating system.The internet search company said the new software, based on its Chrome internet browser, will be available on small, cheap laptops known as netbooks, in the second half of next year.

Google, which has expanded its operations to cover just about every service imaginable on the internet, hopes later versions of the Chrome operating system will be powerful enough to run applications on desktop computers. The move will heighten the increasingly fractious relationship between Google and Microsoft, whose Windows operating system runs about 90pc of the world's computers.

Google has already launched a series of web-based software programmes which directly compete with Microsof's Office applications, such as Word and Excel. It is also offering to host large companies' email systems as an alternative to Microsoft's popular Outlook email service.

"It's our attempt to re-think what operating systems should be," Sundar Pichai, Google's vice president of product management, said on the company's official blog.

Mr Pichai said the new operating system would be "fast" and "lightweight" so that users can get online in seconds and remove lengthy boot-up times and security checks for viruses. Microsoft is set to release an updated version of its own operating system, called Windows 7, in October.

As part of its plan to diversify away from internet search, Google has also launched a new "open source" operating system for mobile phones. The software, called Android, runs several new smart phones designed to challenge Apple's iPhone and Micorsoft's mobile phones. In return Microsoft has attempted to increase its presence in the internet search by launching a new search engine called Bing!