What is Global Warming...the most debatable terms for the generation to come.

Global warming is a term used to describe a gradual increase in the earth’s average ground and atmospheric temperatures across the whole p... 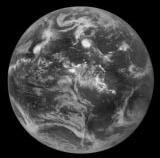 Global warming is a term used to describe a gradual increase in the earth’s average
ground and atmospheric temperatures across the whole planet. Measurements
indicate that the global temperature has increased by about 1 degree Fahrenheit
in the past century.


This warming trend appeared during a period when human activities were
beginning to increase the carbon dioxide (CO2) and other greenhouse gases in
the atmosphere.

Although most scientists believe that a rise in carbon dioxide emissions will lead to
further global warming, uncertainties remain about the timing and severity of resulting climatic change.

Nevertheless, many are convinced that human activities are partly
responsible for the long-term warming of the past century and that climatic changes
caused by greenhouse gas increases will be a continuing part of our future.

They believe there is enough evidence to warrant a sensible approach toward
minimizing the potential consequences of global warming.

The Intergovernmental Panel on Climate Change, a panel of 2,000 scientists convened
by the United Nations’ Environment Programme and the World Meteorological
Organization, determined that even if we take steps now to reduce our emissions of
greenhouse gases, the globe could warm up at a rate faster than it has in the past
10,000 years.


What is the Difference Between Global Warming and the Ozone Hole?
It is important to note that global warming is a separate problem from ozone depletion.

Ozone depletion refers to the thinning of the ozone layer in the stratosphere,
which extends roughly between 9-31 miles above the earth’s surface. A diminished
ozone layer allows more harmful radiation to reach the earth’s surface. Global warming,on the other hand, refers to an increase in the earth’s average temperature.
The Greenhouse Effect, Climate Change, and Global Warming
The Greenhouse Effect: Scientists are certain about the greenhouse effect. They know
that greenhouse gases make the earth warmer by trapping heat in the atmosphere.
Climate Change: Climate is the long-term average of a region’s weather events
lumped together. For example, it’s possible that a winter day in Buffalo, New York,
could be sunny and mild, but the average weather—the climate—tells us that Buffalo’s
winters will mainly be cold and include snow and rain. Climate change represents a
change in these long-term weather patterns. They can become warmer or colder;
annual amounts of rainfall or snowfall can increase or decrease.

Global Warming: Global warming refers to an average increase in the earth’s temperature,
which in turn causes changes in climate. A warmer earth may lead to
changes in rainfall patterns, a rise in sea level, and a wide range of impacts on plants,
wildlife, and humans. When scientists talk about the issue of climate change, one of
their concerns is about rapid global warming caused by human activities.